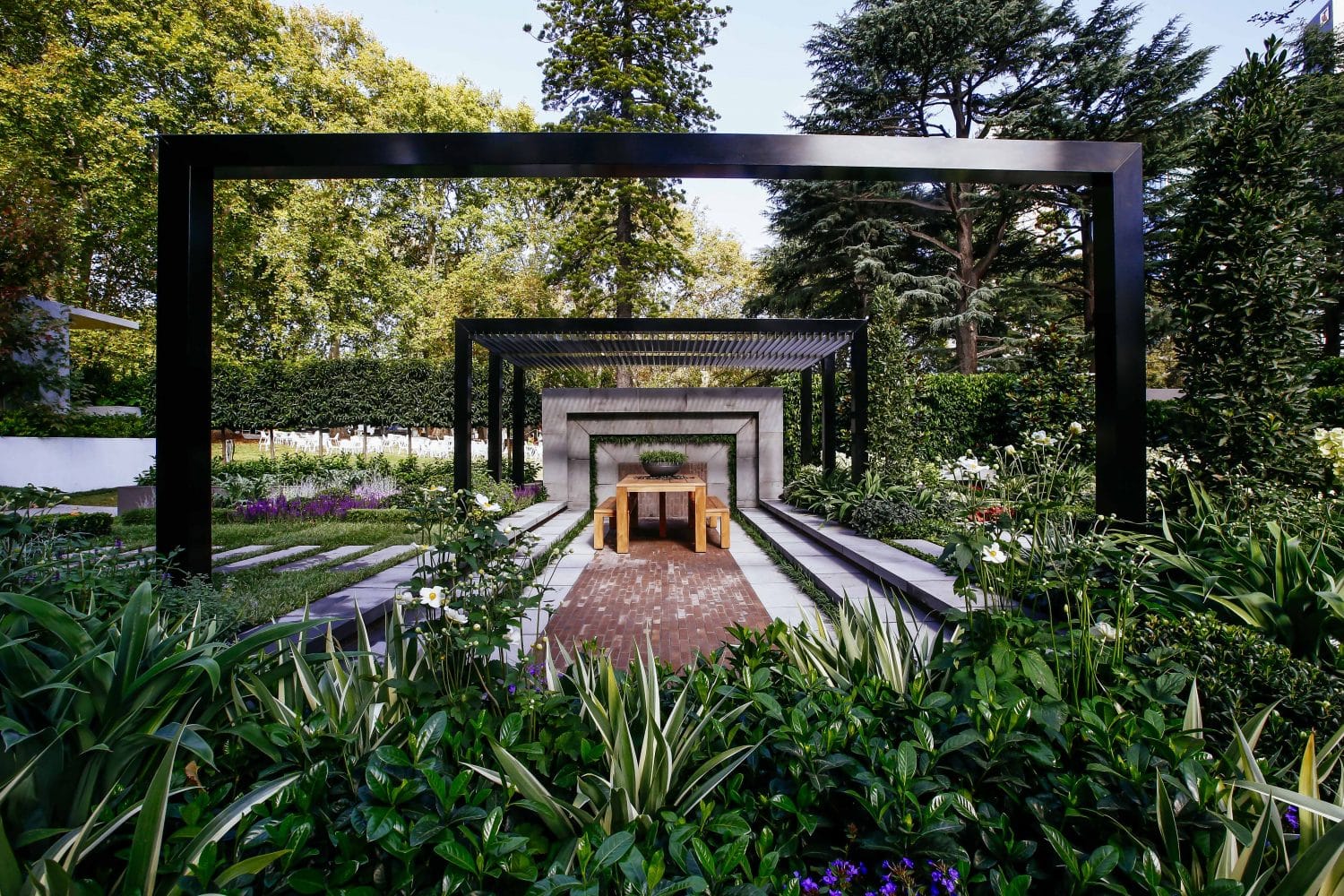 Excitement at this year’s Melbourne International Flower & Garden Show (MIFGS) has truly flourished this morning following the announcement of the 2016 MIFGS Design Awards.
The very best talent in the landscape and floral design industries went head to head to showcase their best designs at the Royal Exhibition Building and Carlton Gardens, in what is the largest and
most significant gardening award ceremony in the Southern Hemisphere.

Officially opening the Show – which celebrates its 21st anniversary – The Design Awards recognise excellence across landscape design and floristry. The highly coveted City of Melbourne Award of
Excellence for Best in Show was presented by Deputy Lord Mayor, Susan Riley, and was awarded to The Greenery Garden Centre Show Garden, designed by Vivid Design and constructed by Semken Landscaping.

As the esteemed winner of this award, the Greenery Garden Centre was also presented with a new prize sponsored by Orisis, an innovative Chinese horticultural company partnering with breeders to assist them to introduce and commercialise their new varieties in China. The prize is a trip for two to Shanghai to research designs and horticulture in that market.

Presented by the Honourable John Eren, first place for the Landscaping Victoria Boutique Gardens Award went to Ben Harris Gardens for his ‘Calming Waters’ garden, while the Momentum Energy Sustainability Award was presented to Achievable Garden, ‘Breakfast in Bed’, designed by Claudine Reynolds.

Holmesglen Institute, SMCT and Australian Association of Floral Designers all received the Gold Floral Design Award for their striking arrangements.

The winner of both the Mark Bence Construction Award and Horticultural Media Association Award for best use of plant life was The Greenery Garden Centre Show Garden, designed by Vivid Design and constructed by Semken Landscaping.

The first place winner of the Avenue of Achievable Gardens was ‘Refuge’ by Lincoln Flynn of Holmesglen Institute.

Greg Hooton, IMG Event Director, said “The Show Garden Design Awards are a vital way to highlight the truly superb talent we have at MIFGS. It kick-starts the Show and paves the way for an exceptional five days of fantastic horticultural exhibits.

“We are constantly amazed by the standard of the Show Gardens and floral designs and feel extremely proud MIFGS has been showcasing these wonderful creations for 21 years.”