How To Green Up Your Plants 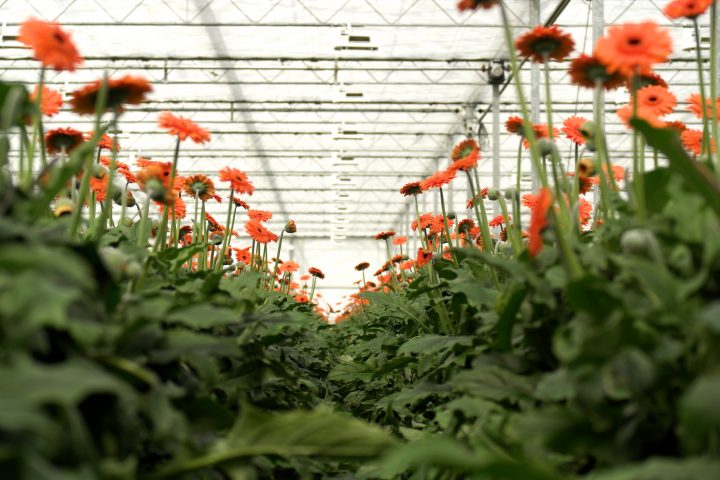 Both professional growers and home gardeners want their plants to look lush and green, with a bright colour that indicates the plant’s good health and potential for growth. The team from Bio Gro is here to tell us how to do so!

Plants can be paler than is their normal shade of green for a variety of reasons. The items in the following list of possible causes will each be discussed in detail.

Successful diagnosis rests on the detailed recording of the progress of the symptoms, of the environmental conditions at the site and a record of actions taken prior to and during the development of the symptoms.

Nitrogen (N) deficiency: Starts in the oldest leaves, which turn pale green then yellow, maybe with red tinting, then an early death. The overall growth rate is reduced. Apply a high-N fertiliser.

Sulphur (S) deficiency: General paleness, but often most noticeable in the youngest leaves. To distinguish it from N deficiency, apply ammonium sulphate (N and S) to some plants, urea (N) to others and fine gypsum (S (and Ca)) to others.

Phosphorus (P) deficiency: Oldest leaves show blue-green or purple hues, progressing to yellow. Stunted growth. May be accompanied by N deficiency if the CRF used has been depleted. Apply either a general fertiliser of a source of P such as monopotassium phosphate.

Iron (Fe) deficiency: Interveinal yellowing of the youngest leaves.  Most commonly caused by mix pH being too high for the particular plant, which in turn is often caused by the irrigation water having a high total alkalinity (high bicarbonate content). A toxic supply of P can cause Fe deficiency symptoms in P-sensitive native plants. Spray affected plants with an iron chelate solution. Check water total alkalinity and acidify if necessary.

Manganese (Mn) deficiency: Interveinal yellowing in youngest leaves (mainly) but could be older leaves. Veins remain green but less sharply so than with Fe deficiency. Maybe water-soaked spots and dead areas in the leaves. Check that mix pH is not too high. Spray with a manganese chelate solution. If this does not reduce the progression of the symptoms, try an iron chelate spray.

Oxygen deficiency (waterlogging): As a prelude to death, plants whose roots do not get enough oxygen will show stunting and yellowing. In potting mixes, the cause is undesirably low air-filled porosity. Increasing the times between irrigations may help, but otherwise start again with a mix of higher porosity. Brown and dead roots are likely to indicate waterlogging, probably accompanied by root disease.

Phosphorus (P) toxicity: May produce iron deficiency symptoms in young leaves, and/or death of tips progressing to death of whole leaves in the oldest leaves. Most likely in phosphorus-sensitive native plants. Difficult to overcome if P supply is excessive. Try spraying with iron chelate and/or drenching the mix with iron sulphate solution (3 g/L). Next time, make sure that the mix has a suitably low level of soluble phosphorus and that the CRF used has a low water-soluble P content.

Pesticides: When you are trying to find a cause for poor colour in a batch of plants, do consider the possibility that a pesticide spray may have contributed.

Over-fertilisation can sometimes cause paleness in youngest leaves. There may be tip burning of older leaves. Check the EC of the mix; repeatedly leach if it is high; next time use less fertiliser.

Light: An inadequate level of light can cause plant leaves to become pale. Other symptoms that would confirm this as a cause include plants growing towards the brightest side of the growing area, and a stretching of the distance between nodes on their stems. Remove shade, shift plants to a brighter area.

Light supply that is excessive for the type of plant being grown can also cause yellowing of leaves. Plants that evolved as understorey in forests are the most likely to show this effect. Increase shading.

Plants that have been in their pots for too long may show paleness through the effect of an inability of the plant to produce new roots, and hence to take up enough nutrients. Check for root binding.  Also, inspect the roots: areas of roots that are not a healthy white colour may indicate the presence of a root-rotting disease. A temperature that is too high for a particular plant may cause scorching and off colours in leaves. Dead patches of roots on the sunny side of a pot probably indicate excessively high pot temperature.

Finally, be aware that the flush of new leaves on many plants can be paler/redder than the more mature leaves. Maturation soon greens them up without your intervention.

FOR MORE INFORMATION, HEAD TO THE BIO GRO WEBSITE